Subodh Chandra Das, or S.C. Suman was born in 1961 AD at Bhawanipur, Siraha. Inspired by his late grandmother who used to make ritual paintings, Suman too found himself attracted to the ancient tradition of Mithila. Suman recounts a story from his childhood where he used to collect flowers for his grandmother to make into natural paint for his grandmother. His paintings depict his deep love for nature, philosophy and religion which include strong motifs of universalism and his own journey through life.

Suman graduated from the N. Mithila University in Darbhanga India with a Bachelor’s in Science and is a textile designer by profession and a celebrated radio jockey. Without any formal art training, he occupies, therefore a unique place in Nepalese art due to his disparate experiences, all of which is found hidden in his work. Suman has held more than a dozen solo exhibitions in Nepal and has received multiple awards including Rastra Pratibha Puraskar. He has also served as a Council Member and Head of Department of the Folk Arts at the Nepal Academy of Fine Arts.

Taking inspiration from Hindu mythology and philosophy, Suman aims to convey the deep and esoteric meaning behind scriptures such as the Bhagvad Gita in a simple and clear manner through his art. Says Suman, if we were to practice the ethical foundations of truth, sincerity, generosity and compassion expounded by our ancestors, we all would become like the Buddha and Krishna.

Suman implores you to ask yourself “Why does a seed left in the dirt grow, when others would decay?”. The Earth is the womb of mother nature which provides sustenance and nourishment to all flora and fauna. He further expands on this though ideas of a universal brotherhood through the Tree of Life, from which we are all connected as one.

We humans, however, have committed matricide on the eternal mother with our selfishly driven need for “development”. Mother Nature now needs protection from her own children. 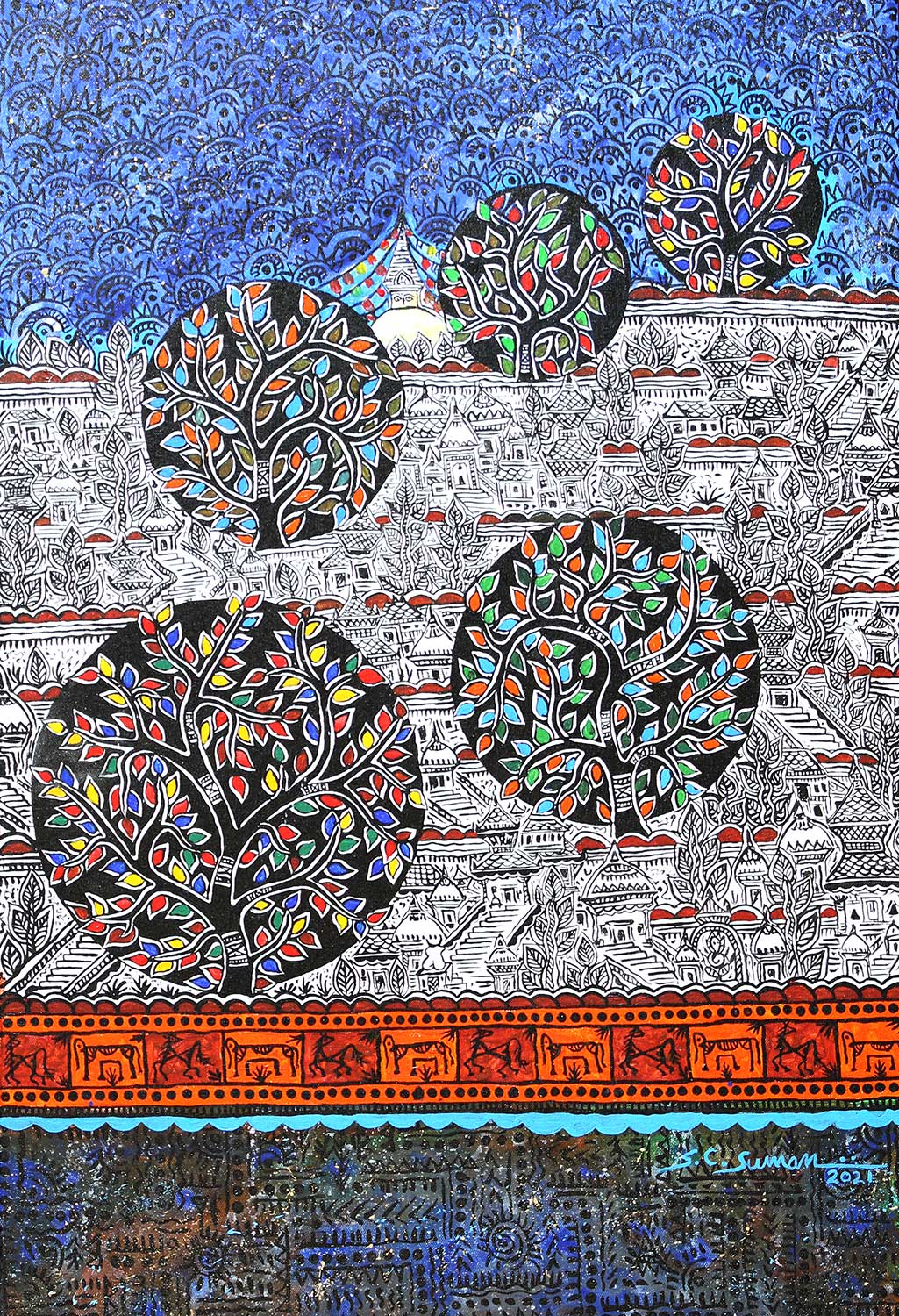