Book Direct and Save 15% - Use Promo Code 'KGH-NAMASTE'

Whether you arrive totally frayed from a hectic schedule, looking for different experiences to post with friends and family, or just want a little rest and relaxation, we want you to leave refreshed and we are here for you.

My first visit to Kathmandu Guest House was in 1978 on the year that I achieved the historic ascent to Everest without supplemental oxygen along with Peter Habeler. It was only a small guest house back then. I am very impressed with the progress since then. Today the KGH group has expanded to a renowned brand with 7 hotels and tour companies.

I cordially invite you to discover Nepal with the unique service and experience of the KGH Group. 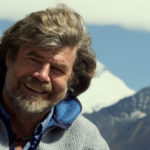 Travellers know that the frenetic pace of a crowded city like Kathmandu needs an escape. The Kathmandu Guest House, a converted Rana dynasty mansion with fragrant gardens and airy corridors, has provided the peaceful refuge of choice since 1967.

Since the days of being the first and only hotel in Thamel, the packed tourist district of Kathmandu, it’s become something of an institution. It’s close to everywhere and its gate is the meeting point that nobody can mistake. As a guidebook put it, “Kathmandu Guest House acts as a magnet for mountaineers, pop stars, actors and eccentric characters.” Even the Beatles stayed here in 1968.

Kathmandu Guest House prides itself on being affordable to all budgets, from those looking to treat themselves to total comfort in elegantly modern suites, to volunteers and scholars who take the famous no-frills rooms.

Whether you’re returning from the mountains or arriving from the airport, come and relax at the courtyard restaurant, order a cup of fine Italian coffee or a chilled Gorkha Beer, and escape for a moment in the historic surroundings of Kathmandu’s most loved guesthouse.